In one of the first community events of the academic year, 60 Ford School students and faculty gathered in the Betty Ford Classroom for a conversation about the situation in Afghanistan after the withdrawal of U.S. and NATO forces.

The panelists explored issues such as the impact of the withdrawal on international relationships, counterterrorism efforts, humanitarian conditions within Afghanistan, and the refugee exodus.

John Ciorciari, whose research focuses around politics in the Global South, said the surge of refugees around the world will be comparable to the Vietnamese in 1975, if Afghans are able to exit the country. President Joe Biden recently raised the number of refugees allowed into the country to 62,500, according to Ciorciari, who believes that number will continue to rise.

Former U.S. ambassadors Mel Levitsky and Susan Page both touched on American credibility and the “troubling” execution of the evacuation. Counterterrorism expert Javed Ali worried about the lack of U.S. military ground presence now in Afghanistan and the risk that poses to Americans and for the stability of the region.

Although much of the conversation focused on the challenges ahead, Levitsky reminded the audience that diplomats always look for situational opportunities, and he is hopeful for new opportunities with a younger generation of Taliban leaders. The panelists agreed that there may be diplomatic ways to survey the Taliban’s rule and open up lines of communication.

A first year MPP student asked about the drastic changes in policy from administration to administration. Acknowledging the recent shifts, Page said, “At the State Department, policies don’t actually change dramatically from one administration to the next. Some of that is because we have our foreign service officers and career civil service officers, and that is the bedrock of our policy. We have people who know what has been going on, know the history, know how things have worked.”

Page noted she has seen it play out that non-permanent staff think they understand the situation better than the representatives who are on the ground in that country. She said this is an issue regardless of political party, and that every administration has some level of mistrust of career personnel.

One second year MPP student asked the panel about what were some of the accomplishments and lessons learned from being in Afghanistan.

“One of the real lessons of the last 20 years is as a country, we have to be really smart and more clear-eyed about these decisions we’re going to make,” Ali answered. “And if the objective is to militarily occupy a country in which we don’t understand the culture, the religion, the history, the language or the people, that’s usually not going to lead to a good outcome.”

He noted that at a tactical operation level, the U.S. has been successful at finding and eradicating terrorist targets. Levitsky suggested the audience read “Afghanistan, Graveyard of Empires” in Foreign Affairs, to better understand the history of the country and other mistakes not learned.

One student was interested in learning more about the evacuations of Afghans. Ciorciari pointed out that the United States didn’t want to process asylum seekers too early, since it would be an alarm that the Afghan government was collapsing.

“What they should have been doing is privately and quietly developing the plumbing to be able to evacuate people and process them quickly,” he said. Ciorciari also noted that he and Ali advised this in an op-ed in December 2019.

Ciorciari closed out the event with a reminder that the International Policy Center and Weiser Diplomacy Center have numerous opportunities to learn about foreign policy this semester, from funded research, Student-Initiated Projects, externships, Diplomacy Lab team projects, other events, and more.

Other faculty commentary on the recent events in Afghanistan 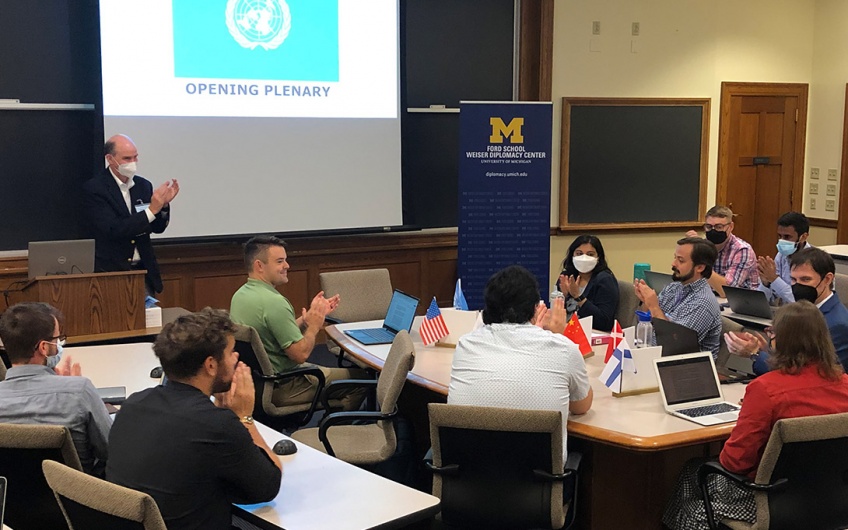 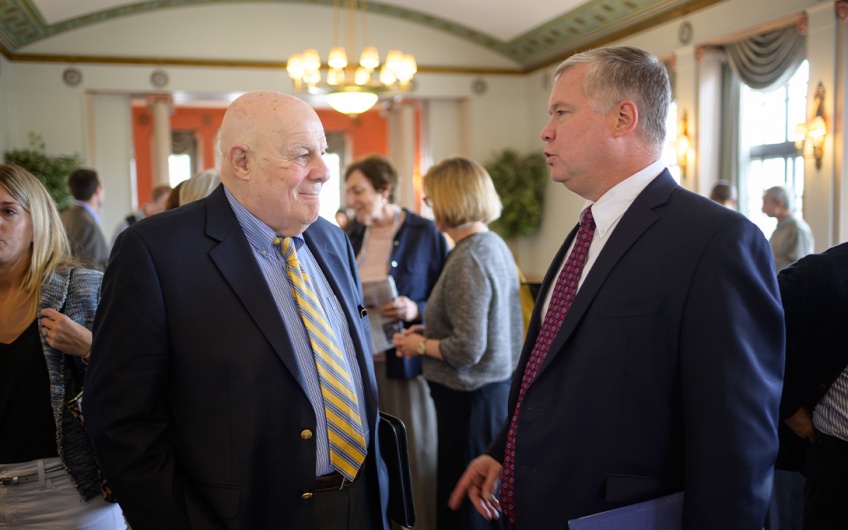 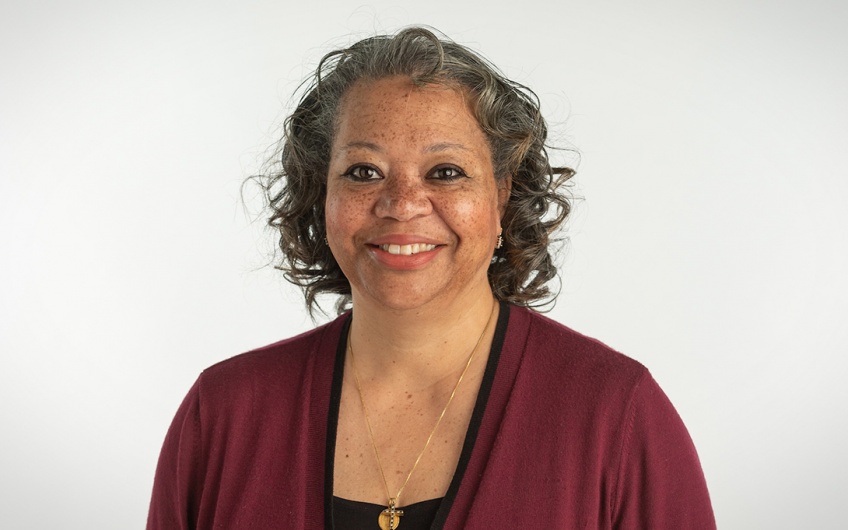